Just a short note today, but the one that cannot be missed. On 10 April 1155 (Eyton) took place, what can be called, the first official meeting between Henry (the future Young King) and  the barons and nobles of the realm.

' King Henry [II] holds a great council at * whereat the nobles recognize the successional rights of the Princes, William and Henry' (Eyton, p.10)

Henry's father, freshly crowned king Henry II had both his sons, William** and Henry taken to Wallingford, where he called  'together the barons and bishops of the realm to swear allegiance to his eldest son and, in case of William’s death, to Henry as his second heir' (Meade, p.210), a ceremony which neither of the boys would remember (William was two years old at the time, whereas Henry was two months old).  Not a year would pass since the ceremony, when little William, a few months shy of his third birthday, would fall ill and die, the death that for his younger brother would mean a sudden change of fortune: as the eldest surviving son he would become his father’s heir. 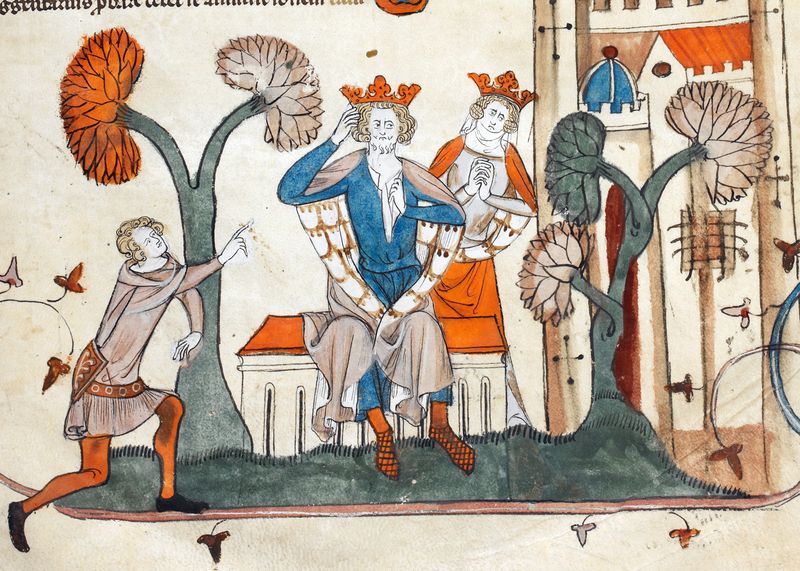 * The place itself, , had a symbolic meaning for the young Plantagenet dynasty. It was there where in November 1153, King Stephen (c1096-1154) downhearted after the deaths of his wife, Matilda of Boulogne (1152) and his eldest son, Eustace (1153) had renounced his lineage's claim to the English crown, agreed to retain the throne until his death and recognized Henry Fitz Empress as his heir.

** William was born on 17 August 1153, the eldest child of Henry fitz Empress and Eleanor, Duchess of Aquitaine and formerly queen of . His much-anticipated arrival into this world could not have occurred at the more appropriate moment. The very same day Eleanor was struggling in labour, Eustace of Boulogne, heir to king Stephen was struggling for breath after choking on a dish of eels, the battle he lost. The death of Stephen’s eldest son was used by partisans of the Angevins and served as the living- or dead- proof that Stephen’s cause was the lost one. For the contemporaries it became obvious that God and the stars- as the chroniclers report- sided with Matilda’s lineage and the Empress’s eldest son, Henry was the Almighty’s favourite. For Eleanor, William’s birth was a special triumph of her own. At twenty-nine, with two daughters born in the fifteen years of marriage to Louis Capet, despite accusations that she was unable to produce a son, she was delivered of a healthy boy, future heir to her duchy. She had reason than most to rejoice. And she did. It must have been the very moment when she definitively said goodbye to her gloomy past with Louis and welcomed her bright and promising future with Henry. When William was ten months old, she became pregnant again and on 28 February 1155 gave birth to her second son, Henry.