As the anniversary of Henry’s death is approaching and I’ve decided to make the month of June absolutely Henry-centric, I thought it a good idea to remind the Young King's readers a few important facts from his biography.

In his Images of History, Ralph of Diceto notes that “…a son, Henry, was born in to King Henry of and Queen Eleanor on 28 February [1155] and was baptized by Richard bishop of ”. Henry was the famous couple’s eldest surviving son and a central figure in his father’s home and foreign policy. In 1158, aged three, he was betrothed to Marguerite, Louis VII’s first daughter by his second wife, Constance of Castile. The princess, still a baby, would bring the Norman Vexin- a heated point of contention between and back under Angevin rule through her dowry. In 1169, Henry II made known that , and should go to Young Henry. Richard, the second son, was to get , the maternal inheritance, and upon his marriage to Constance, Geoffrey, the third son, would receive . 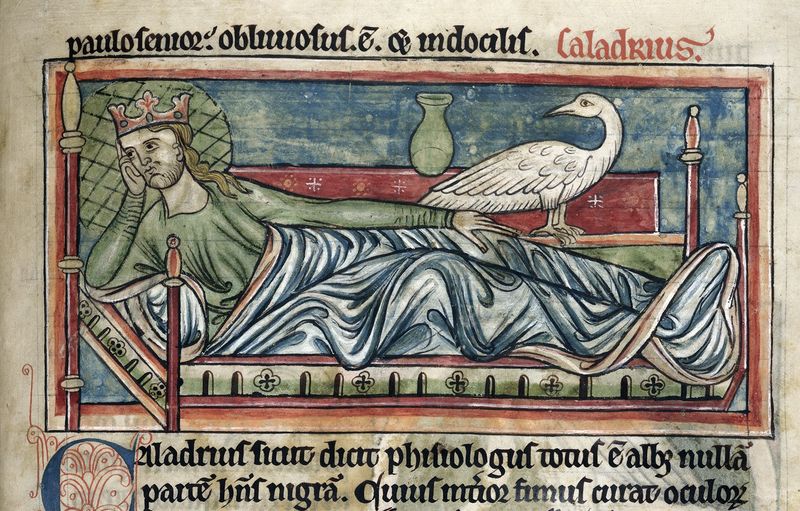 Young Henry was declared of age in 1170, settled with a large income and a household of his own (with William Marshal as a tutor in arms), and crowned king of in his father’s lifetime. In this Henry II chose to follow the continental tradition. There were several advantages to this custom. It could help to avoid quarrels about who should inherit the crown after the ruler’s death. On the other hand, a young and ambitious (and hot-headed as Young Henry was- he had obviously inherited the famous Angevin temper) might not always agree with his father, especially when it meant living in the latter’s shadow while he still lived. Both his younger brothers, Richard and Geoffrey, had more actual power and free hand than Young Henry, a king only in name.

His grievances and complaints lead him to rebel against his father twice, with the first time in 1173 (what would later be called the Great Rebellion). With the support of his mother the queen, his brothers, Richard and Geoffrey, and many more powerful allies, namely the kings of and , the Counts of Flanders, and , as well as rebels in , and . Henry II managed to emerge victorious against partly due to the capture of Queen Eleanor at an early stage in the war, and partly because, being the richest king in western Europe, he could afford to hire mercenaries on a scale which his enemies could not.

The second crisis came in 1183 with a family quarrel that pitted the Young King and Geoffrey of Brittany against Henry II and Richard, over the latter’s control of the duchy of .Young Henry and Geoffrey found eager support of Poitevan barons dissatisfied with Richard’s iron rule, and only the Young King’s sudden death on 11 June 1183 prevented this conflict from developing into a full-scale war like the one a decade earlier.

Ralph of Diceto notes that “…the Young King passed away having lived twenty-eight years, fourteen weeks and six days”. Given what is known about his character it seems unlikely that he would have proved an effective ruler of the family’s vast domains. His personal charm (his most formidable quality), the air of charisma hanging around him, good looks and marvelous exploits on the tournament ground were simply not enough to match up with his father or younger brothers, who all proved to be capable rulers.

Although it’s claimed that he was the only member of his family popular in his lifetime, Young Henry evoked most contrasting feelings from his contemporaries: everything from disapproval and condemnation to utmost love and admiration. Walter Map depicts him as a fallen angel, parricide and another Absalom whereas Richard of Devizes calls him the flower of youth and generosity and the glory of all knighthood. Today the Young King would be called a celebrity and in the years he spent rushing all over participating every possible tournament, he truly was. David Crouch underlines that “… the career of Henry, the eldest son of King Henry II of , cannot be understood unless you fully appreciate how he made the international tournament circuit his very own… [because] the tournament was not just an expensive amusement. Everyone who was anyone in the western aristocracies took to the fields of northern …” In that vein, perhaps we would be justified in calling the Young King the ideal aristocrat of his time- something that, by all evidence, he might have valued more than being named sole king of .

Ralph of Diceto. Images of History. In The Plantagenet Chronicles, ed. Dr.Elizabeth Hallam

Strickland, Matthew.”On the Instruction of a Prince: the Upbringing of Henry, the Young King.” In Henry II: New Interpretations. Ed. Christopher Harper-Bill and Nicholas Vincent