2016 is the 800th anniversary of the accession of Henry the Young King's nephew Henry III to the throne. There has been little written about Henry's life, although the lives and careers of the key figures of his reign such as William Marshal and Simon de Montfort have been discussed many times in numerous publications. Our friend Darren Baker, the author of With All for All: The Life of Simon de Montfort is currently working on a biography of Henry III. Before his book is out, however, we would like to recommend the biography of Henry III by Matthew Lewis. 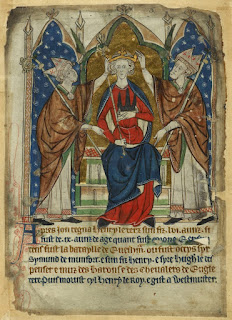 Matthew Lewis is an author and historian with particular interest in the medieval period. His books include history of the Wars of the Roses, a biography of Richard, 3rd Duke of York and two novels of historical fiction. As we are reading, his biography of Henry offers a look at the period from a different perspective. Sounds interesting. Even more so, when we look at the introduction:

"Henry III became King of England within days of his ninth birthday. His father, King John, had overseen a disastrous period in English history and the boy king inherited a country embroiled in a bitter, entrenched war with itself. With barons inviting a French prince to take the crown, the young Henry was forced to rely on others to maintain his position. As he grew into adulthood, Henry had to manage the transition to a personal rule, wrenching power from men who had held it almost unchecked for years. With a settled position at home, attention could turn to the recovery of lost territory abroad and the salvaging of Henry’s family reputation. All would not go according to plan. Failures abroad led to trouble back in England as restless barons became disillusioned. They found a figurehead in Simon de Montfort, a man who would transform himself from Henry’s favorite to a de facto king. Imprisoned and stripped of his power, Henry would again have to fight for his kingdom, now relying on his immensely capable son. Henry was handed a monarchy in peril, a crown that was cracked and tarnished. He was given 56 years to mend his father's damages. It would spell over half a century of highs and lows in a country crying out for stability; the final measure of Henry’s achievement displayed in the crown that he left to his son, Edward I." 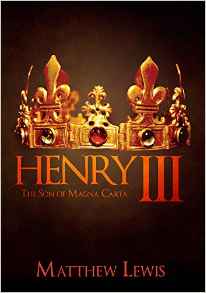 As we all know the general opinion on Henry that prevails is of no achievements at all, so it would be really refreshing to meet the different Henry. The book can be purchased here.