Not Enough Henry.... Or How To Get Lost In A Book

Hello everyone! A few more thoughts on Henry to share. Since last August I've been a happy owner of a fantastic book. Highly recommended to those of you who have become members of the Angevin royal households for good. England under the Norman and Angevin Kings by Robert Bartlett has comfortably settled on my working desk, ready to fall in my greedy hands whenever I choose. Professor Bartlett provides a reader with all sort of useful information, from court politics, royal finances and administration, via saints and their cults, overseas pilgrimage, dance and drama, to naming patterns, love, sex, marriage, manners and „beings neither angelic, human, nor animal”. I have learnt of the English kings' miraculous abilities to cure swelling of the throat glands, discovered St William of Norwich's love for candles, travelled with the portable royal household...

Unfortunately the book, excellent as it may be, suffers from one major drawback: not enough Henry the Young King. I am deadly serious about it and going to bemoan England's forgotten king yet over and over again. In 692 pages the Young King is mentioned only fifteen times. Strange, for the title of this impressive work is, no more no less, England under the Norman and ANGEVIN kings. ANGEVIN, meaning the kings from Henry II to John. Short period of time to discuss. Even if we add the Norman ancestors,  there are all together only eight kings to deal with. And it is the truth universally acknowledged that Henry the Young King was England's crowned and anointed king. The author has decided to limit the field of his study to a particular period in history and underlined it in the title, only to favour some kings on the cost of the others. 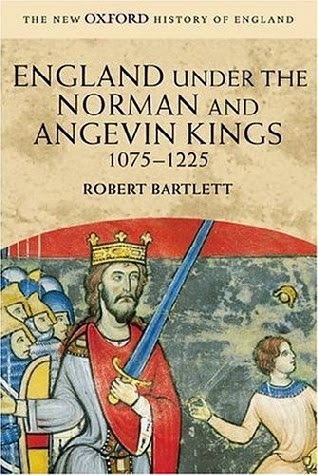 I've been expecting to find a mention about Henry the Young King in the chapter devoted to the burial practices or when reading about the healing properties of the royal body, alas, who did I come across? Yes! Henry's omnipresent younger brother, Richard. I'm not going to fuss over their dead bodies, or their internal organs- the latter were accordingly distributed to different religious houses of the kings' choosing- but why Richard not Henry? Why? We could have had St Henry the Young King, for God's sake! Due to the miracles, mainly cures, that the late king's body had become focus of on its way from Martel to Rouen. You can read about them here to see my point.

But enough! My moaning and groaning will not help my liege lord. I'd rather focus on what we have.

p. 24 We have Henry the Young King and Philip Augustus in one sentence, in which the latter gives secret aid to the former on the occasion of the war of 1183. Geoffrey [of Brittany], courted by Philip, is there too. The French king is being restrained from throwing himself into Geoffrey's grave (all in a single sentence).

p. 46 We celebrate Henry's marriage to Marguerite of France (1160) as the result of his father's French politics based mainly on marriage alliances

p. 47 We are still with the five-year-old Henry and his two-year-old bride, who brought Vexin in her dowry as a „concrete territorial reinforcement to the Norman frontier”

From p.54 to p.57 we witness Henry rising in rebellion against his father, placing England, Scotland and half of the Continent on a war footing, and losing. Here I must give credit where due, for I'm reading that the rebellion was fought „on behalf of a son of the king... whose ultimate right to inherit had been acknowledged in the most unquestionable way”. And I can't detect even a trace of usual accusations being thrown at Henry (lack of political acumen, extravagance, etc., etc.,)

p.60 We are happy for Henry, who gets a mention as being damned lucky in comparison to Uthred of Galloway. Both become part of a family conflict. Henry, the eighteen-year-old rebel easily escapes serious consequences, whereas Uthred ends up blinded and castrated. Why? After all they both live in the "magnanimous" 12th century! "Geography", says the author, "Geography"

p. 62 We have Henry, the overlord of Ralph Niger, who happens to be a learned clerk and author of the Chronicle brimming with the objections to Henry II's ruling methods

p. 63 Henry, his father and his brothers turn Gerald of Wales's poisoned pen against themselves

p. 66 We have the late Henry placed in one sentence alongside Alexander II, king of Scots and Louis, son of Philip Augustus of France on the occasion of the civil war of 1215-17

p. 84  By the terms of the Treaty of Falaise (1174) Henry, the "heir-presumptive", receives homage from William the Lion, king of Scotland, who, before the walls of Alnwick, effectively doomed Henry's Great Revolt to failure

p. 101 Henry appears as the overlord of Gervase of Tilbury, a talented clerk, who, alas, proves how uninformed the Angevin courtiers could be when it came to describing the British Isles

p. 125 We are not surprised that the young king gets a mention in connection with the problematic interregnal period, during which literally everything could happen. Henry's predictible father decides to act and takes measures to avoid possible disputes over succession by crowning his eldest surviving son in his lifetime.

p. 502 We cheer Henry, who requests a "book of amusing tales" [liber facetiarum], from his chaplain, Gervase of Tilbury

p. 540 We follow the Young King to Normandy, where he helds the Christmas court of 1171. To our surprise he refuses to celebrate with his guests unless they are called "William". Soon he finds himself in a company of 110 Williams (we are not the lucky ones :-)]

p. 617 We celebrate Henry's arrival into this world mentioned in the quotation from the Winchcombe Annals [but the celebration continue throughout one sentence, only]

And that would be it! Seriously! No more time or space given to the forgotten young king. I've felt a little bit disappointed, to be honest. And no wonder. The title has whetted my apetite and I expected to find more Henry in 692 pages of this impressive work. For the work really is highly impressive. It should be read by all fans of the Norman and Angevin kings. Only the admirers of a certain young king may find it a little bit incomplete, but we are not giving up....