Sumer Is Icumen In, Why Not Spend It With Sir Lancelot in Siedlęcin?

Henry the Young King must have considered himself lucky to be born into the world that witnessed such a flowering of literature. And although to V.H. Galbraith he was the least educated of Henry II and Eleanor's sons, there is a body of evidence suggesting that he did take pleasure in listening to and reading literary works. One we can be sure of, he lived long enough to become familiar with Chrétien de Troyes's Sir Lancelot du Lac. Whereas Geoffrey of Monmouth's Historia Regum Britanniae was the first work in which he could read about King Arthur, Chrétien's Erec et Enide was the first romance in which he got the appearance of Arhur's most beloved knight, Sir Lancelot. It just so happened that Chrétien himself worked for Henry's elder half-sister Marie, the countess of Champagne, who took him under her wing, not only comissioning his works, but also supplying him with material [or plot] and interpretation. Henry must have heard about Lancelot first in the aforementioned  Erec et Enide completed c. 1170 and later in Le Chevalier de la charrette completed before 1181. 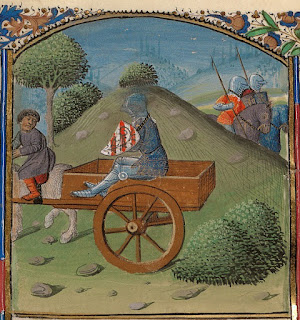 Obviously, neither Henry, nor Marie, nor even Chrétien himself could have foreseen that Lancelot's fame was to reach as far as the Lower Silesia District [today Poland] where in the first half of the 14th century Henryk I Jaworski [Henry I of Jawor] had the walls of the Great Hall of his ducal tower in Siedlęcin painted with the scenes of the life of King Arthur's greatest knight. The curious thing is that today Siedlęcin is the only place in the world where you can still see the mural paintings depicting the legend of Sir Lancelot of the Lake preserved in situ. 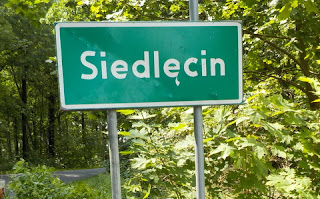 Henry the Young King's loyal scribe does consider herself lucky as well, for two weeks ago she had a chance to pay a visit to Henryk I Jaworski's aforementioned tower and see the paintings for herself. She had no other choice but to come to the following conclusion: the paintings are the materpieces of the pictorial secular art of the period. They are alive with richly coloured figures both engaged in action and motionless. The main cycle of images show Sir Lancelot: the four "upper" scenes depict the court at Camelot, Queen Guinevere with her ladies in waiting, Guinevere kidnapped by Meleagant and Lancelot freeing the queen; the four scenes below represent Lancelot and his cousin Lionel, Lancelot sleeping underneath the apple tree, Lionel sleeping on guard, duel between Lancelot and Tarquyn and finally Lancelot and Sir Kay. 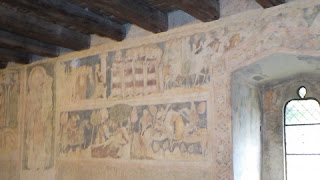 Some of the drawings were never finished probably due to the death of Duke Henryk in the spring of 1346. These show duel between Lancelot and Sagramour and healing of Urry de Hongre. There are other images as well, but their theme is sacred rather than secular. These are, for example, the Holy City of Jerusalem or St Christopher, epitome of chivalry, patron saint of knights and example of a perfect vassal. Elaborate painted designs around one of the windows drew Henry the Young King's scribe attention and made her think that the author's talent was a marvel to behold. Speaking of which, one of the theories holds that whoever he was, the artist came to Świdnica and Jawor in the 1340s, with the wife of Duke Henryk's nephew, Agnes von Habsburg (1315-1392). Agnes was the daughter of Duke of Austria, Leopold I from the House of Habsburg, and Catherine of Savoy, which meant close ties with Switzerland. 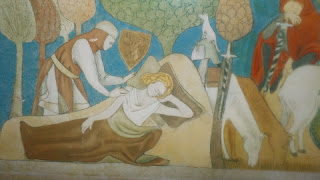 In his works, art historian and leading expert in Siedlęcin Ducal Tower and European court culture, dr Jacek Witkowski, points out that there were close analogies between the Siedlęcin paintings and the ones existing around Zurich and Konstanz at the time. Of course the Swiss connections might have been established earlier which would mean that the murals were painted long before 1338. After all Henryk began his independent rule in the duchy in 1312 and one of the first things he did was the building of the tower in Siedlęcin [the then Rudgersdorf]. This tower is a rare surviving example and one of the best-preserved medieval residences of this type in Central Europe. It stands 22 metres high in a lovely spot of fresh green and the Bóbr River lazily winding its way through the surrounding meadows. 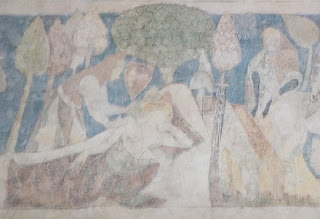 Initially it was a standard defensive keep with its top crenelated. Thanks to dendrochronological research we were able to determine that the trees used for ceiling construction had been cut in 1313 and 1314, so 700 years ago! The roof that can be seen today is a later addition - dendrochronological research proved that the trees for its ceilings were cut down in 1575. A walk around the tower today, allows the visitors to evoke scenes from the past. Henry the Young King's scribe, for instance, pictured Duke Henryk with his retinue returning home from one of the military campaigns against his greatest opponent, King John the Blind of Bohemia, later known for his heroic death at the Battle at Crecy :-) 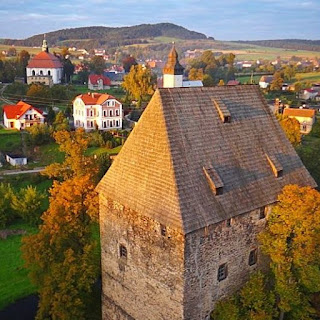 Siedlęcin is really worth a visit. The paintings are breathtakingly beautiful and the tower itself exceptionally well-preserved. Still they need our support - in Poland, if truth be told, the monuments suffer the sad fate, especially in the Lower Silesia District, where there are so many of them. At present, the tower has a chance to win the title of the most interesting monument of the Lower Silesia District, which would mean a world to Sir Lancelot residing in it :-) Let's help and take a vote here. I am sure our liege lord, Henry the Young King, would approve :-)