Chinon, Loudun and Mirebeau: The Three Castles That Ignited a Storm

Built in the early eleventh century the castles of Anjou are amongst the earliest stone fortifications to survive from the Middle Ages. Even today they seem powerful. Many of them were erected by Fulk Nerra (the Black), the first leader to realize the importance of strategically positioned castles when it came to launching a war. Written half a century after the count's death History of the Counts of Anjou names thirteen built by him. 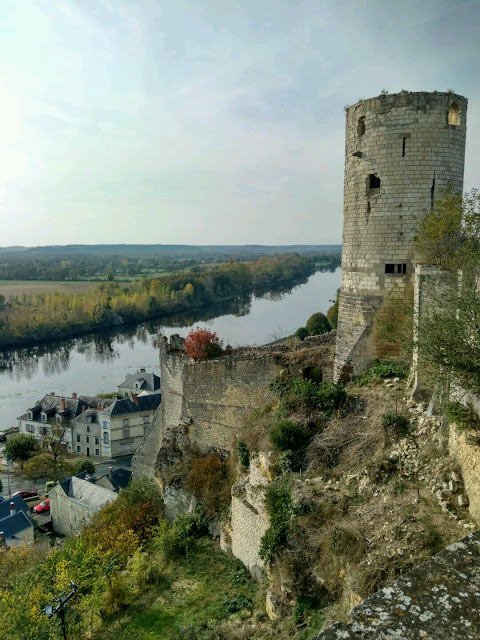 
In 1173 the three castles: Chinon, Loudun and Mirebeau, triggered the war that was to tear a royal family apart. The royal family were the Angevins or the first Plantagenets, as we would say today, the new dynasty that was to rule England till 1485, when Richard III fell at Bosworth Field. In 1173 the sons took up arms against their father, but even more strikingly their mother sided with them against her husband.

‘… When the Prince grew up to the age of manhood, he was impatient to obtain, with the oaths and name, the reality of the oath and name, and at least to reign jointly with his father; though he ought of right to rule alone, for, having been crowned, the reign of his father had, as it were, expired - at least it was so whispered to him by certain persons…’ (Newburgh, History)

'A king without a realm is at a loss for something to do: at such a loss was the noble and gracious Young King. When through his father's actions he could not do what he wished, he thought in his heart that he would stir up trouble for him…' (Fantosme Chronicle)

The "Prince" was Henry the Young King, 18 years old and co-king of England for three years. Yet his father kept refusing him the real power and responsibility. The young Henry asked for a territory in Normandy, or Anjou, or Maine where he could live with his wife, Marguerite and rule independently. He was yet again refused. What became the proverbial last straw, though, happened in the opening months of 1173 and involved the three castles, Chinon, Loudun and Mirebeau.

Henry the Young King had been summoned to

Auvergne by his father to take part in the meeting with Humbert, Count of Maurienne at Montferrand-le-Fort on 2 February. The conference had been held to discuss the marriage of Prince John, Henry the Young King youngest brother and Humbert’s daughter, Alais. The Count had asked about John’s share in Henry II’s domains. The King suggested the three afore mentioned castles as John’s dower, all situated in Anjou, a county assigned to his eldest son. Despite Henry the Young King’s loud protests and refusal to accept the terms introduced by his father, the settlement had been reached. ‘… and from this time it was that the king, the son, had been seeking pretexts and an opportunity for withdrawing from his father. And he had now so entirely revolted in feeling from obeying his wishes that he could not even converse with him on any subject in a peaceable manner.’ (Howden, the Annals, Vol I, p.367)*

To add injury to insult, according to Robert of Torigni the old king had dismissed several of the Young King’s intimates who seemed to be exerting a bad influence on him. In consequence, Hasculf de St Hilary and other young knights were forced to leave the Young King’s court (Norgate). In the aftermath of the events described above, young Henry’s situation had even worsened. He had been held under what we call today house arrest. No wonder that the young man had used the first opportunity to escape and seek refuge at his father-in-law's court. Where did he make his daring and successful escape from?

On 5 March 1173 (being his father's birthday), Henry the Young King, in the dark hours shortly before dawn, slipped past the guards at Chinon Castle, where, on his father’s order, he was held in house arrest. But before he did, he made sure the guards were sound drunk and would not try to stop him. There were his household knights awaiting him at the foot of the castle with fresh horses which were to be changed regularly on the way. Via Alencon (6 March), Argentan (7 March) and Mortagne (8 March) he dashed to his father-in-law’s court (then at Chartres), with his father's men in hot persuit. The escape marked the beginning of the Great Revolt, "the war without love", as Jordan Fantosme was to put it in his Chronicle. 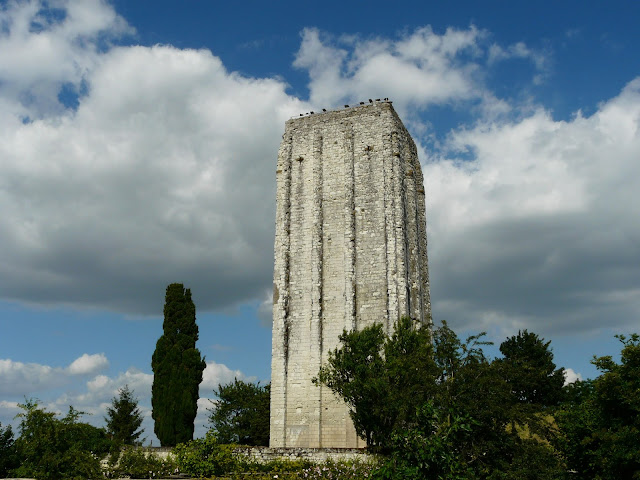 What do we know about Loudun? Located 30 km south of Chinon it was a strategically important site. In the tenth century the dukes of Aquitaine and the counts of Anjou fought to gain influence over it. and although nominally it remained in the hands of William III of Aquitaine, Geoffrey I of Anjou took the possession of it as William's vassal.

Fulk V, Henry the Young King's great-grandfather issued and witnessed charters here. In April 1109, for instance, when a certain Giroi refused to acknowledge his father's donation for Robert d'Arbrissel, the founder of Fontevraud Abbey, Count Fulk convinced him to change his mind and was one of the witnesses. In 1156, when Henry the Young King's uncle Geoffrey of Nantes rebelled again and took up arms against his elder brother, the Young King's father, Henry II, he was allowed to keep one castle after the great fortress of Chinon surroundered to Henry after a siege. This castle was Loudun. Today the town's hallmark is the castle's donjon, the heart of the stronghold and the only part of it that survived. 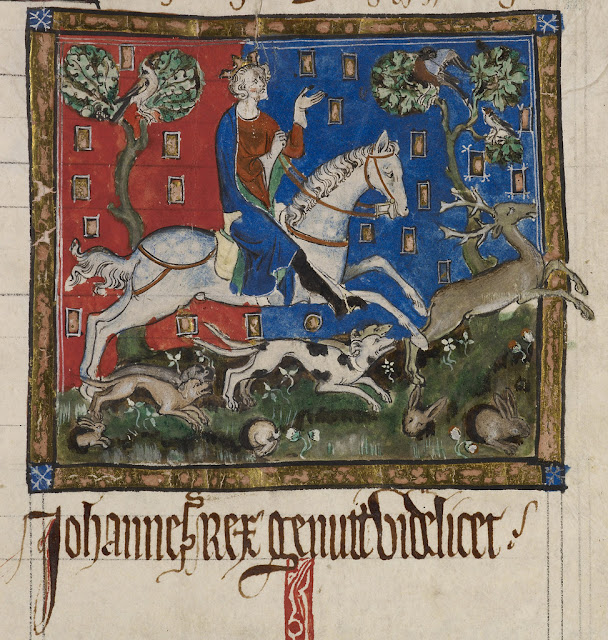 
Not far from Loudun we can find the third castle, Mirebeau. Not much of it has remained, though. It is best remembered for the stunning victory King John, Henry the Young King's brother won here over his rivals on 1 August 1202. The latter besieged his mother Eleanor of Aquitaine who sought refuge behind the castle walls. John came to the rescue and did it so fast and unexpectedly that took his enemies entirely by surprise.

In his own words directed to his barons, John wrote:

"... know that by the grace of God we are safe and well and God's mercy has worked wonderfully with us… We heard that the lady our mother was closely besieged at Mirebeau, and we hurried there as fast as we could... and there we captured our nephew Arthur. And all our other Poitevin enemies who were there, being upward 200 knights, and none escaped. Therefore God be praised for our happy success…"

Unfortunately this "happy success" was not to last. Mainly due to dishonorable treatment of the captured barons and knights. Arthur of Brittany, John's nephew and political rival was sent to Falaise castle never to be seen in public again. Two years later Normandy was lost.