Henry the Young King's nephew, Henri II, Count of Champagne, King of Jerusalem, was born in 1166, as the eldest son of Henry's half-sister Marie and her husband Henri I 'the Liberal' Count of Champagne. His father died in 1181 when Henri was fifteen, leaving Henri's mother to excercise the comital office as regent for their son for six years (1181-1187). Henri was bethrothed to Isabelle of Hainaut in 1171, but her father did not keep the word and married her off to Philippe II of France in 1180, which resulted in the family tensions-- Philippe's mother, Adele, was Marie's sister-in-law and opposed the Hainaut marriage. Marie supported her in-laws against the young Philippe, who was under the influence of Philip of Flanders at the time. Henri must have met his uncle, Henry the Young King on various social occasions, such as tournaments or banquets. When he reached maturity and assumed the countship in 1187, his mother decided to retire to Fontaines-les-Nannes, a Fontevrist priory near Meaux, taking with her her second son, eight-year-old Thibaut. 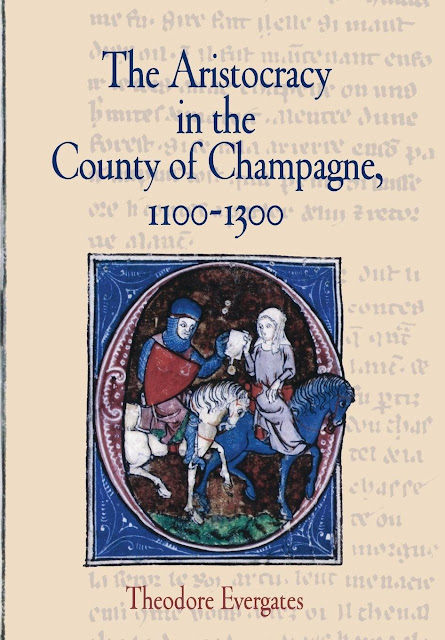 The fall of the Holy City, however, made Henri, as many young men at the time, take “the Jerusalem road”. In 1190, before he set off at the head of a large contignent of barons and knights on the Third Crusade, he summoned his barons and knights to Sezanne to swear oaths of fidelity to his twelve-year-old brother Thibaut in the event that he himself did not return from the Holy Land. Upon his departure Marie resumed the office of a regent. She could not have known she would never see her son again, for “... although all the kings and princes returned from there to their own lands, he remained there as if alone, and received through a certain marriage the kingdom of that land, the wealth of which seemed greater than his own regions’(Chronicle of Hainaut, pp.139-40). ‘A certain marriage’ meant Henry’s marriage to Isabella, daughter of King Amaury I of Jerusalem and widow of Conrad of Montferat, whom Henry took as his wife on 5 May 1192, eight days after Conrad's murder. Henri won his fame during the Third Crusade, at his uncle Richard's side. Upon reaching an agreement with Richard Saladin himself promised to treat Henri ("your sister's son") as his own son. Henri refused the title of king, styling himself ‘lord of the kingdom of Jerusalem’ and to the very end ‘count of Champagne'. 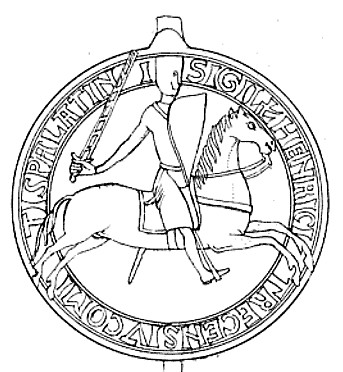 He died tragically on 10 September 1197 in a bizarre accident, falling from a window of his palace at Acre. Was it a window or balcony railing that gave way under his weight? The accounts differ when it comes to details. According to one of them Henri might have survived had a servant who was trying to save him not  landed on top of him. The poor wretch only made things worse and, moreover, by doing so lost his life as well. One thing is certain, though: at the time of his death Henri was thirty-one, too young and promising man to die. From his marriage to Isabella he had three daughters: Marguerite, Alice and Philippa. After his death his mother Marie continued as regent for his younger brother Thibaut until she died in March 1198.

More on Henri and his family in an excellent Aristocracy in the County of Champagne, 1100-1300 by Theodore Evergates and other books by the same author:

Evergates Theodore, The Aristocracy in the County of Champagne 1100-1300, Google Books