Six deaths, one wedding and a funeral: July Anniversaries

Over the years July proved to be an eventful month for Henry the Young King and his family. Great battles were won, great battles were lost, sieges were laid, a few dear souls passed away... Let me mention some of these occurances here.

Henry II, Henry the Young King father, who departed this world on 6 July 1189. I wrote about his death here.

Matilda (b. 1156), Duchess of Saxony and Bavaria, Henry the Young King's sister, who died either on 28 June or 13 July 1189- the sources differ here- and was buried in Brunswick Cathedral. She was thirty-three.

On 14 July 1223, after long and eventful reign (1179-1223), Philippe II Auguste, king of France and Henry the Young King’s brother-in-law, died. It was him, who, after Richard I the Lionheart’s untimely death, brought the Angevin domination on the Continent to an end. 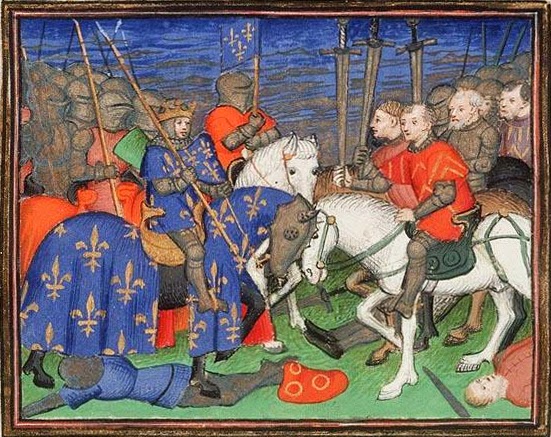 On 25 July 1173 Matthew of Boulogne, Henry the Young king's relative and one of his chief allies in the Great Revolt, was mortally wounded by a mercenary at the siege of Arques. He was the younger brother and heir of Philip of Flanders. Philip withdrew to Flanders after Matthew’s death.

26 July 1158 was the day when Henry the Young King's paternal uncle, Geoffrey (b. 1134) died unmarried and childless at Nantes. He was only twenty-four, but had already caused much trouble to his elder brother, Henry II. In 1152, for instance, he was one of the daredevils, who was planning to capture freshly divorced Eleanor of Aquitaine [later Henry II's wife and mother of Henry the Young King] on her way back from Paris to Poitiers. Not to mention his complaints and rebellion. Upon Geoffrey le Bel's death his second son and namesake inherited the castles of Chinon, Loudon and Mirebeau- the very same castles that were to become the bone of contention to Henry the Young King and his father in 1173- but claimed that he was to get all the family estates in Anjou. When his elder brother disagreed, Geoffrey attepted to take his inheritance by force. He was no match for Henry, however, and eventually accepted his control of Anjou in return for an annual pension.

On 22 July 1183 Henry the Young King’s body, after forty-day wandering, was buried near the high altar of Rouen Cathedral. But before it could rest in peace it had quite a few adventures on its way north from Martel to Rouen. Actually scarcely ever did a royal body encounter as many posthumous adventures as the body of Henry the Young King did. You can read about them here.

On 27 July 1214 Henry the Young King’s youngest brother, John and his nephew, Otto, the son of the afore-mentioned Duchess Matilda, were defeated by Phillippe Capet at the Battle of Bouvines. John did not take part in the battle, but was represented by his natural brother, William, Earl of Salisbury, with Otto in charge of the army. Salisbury was captured and Otto had no other choice but to flee. Here's a detailed description of the encounter. Highly recommendable.

On a merrier note, on 16 July 1212, Henry the Young King's brother-in-law, Alfonso VIII of Castile, won one of the greatest battles of the Middle Ages at Las Navas de Tolosa. The Christian triumph was complete and ended once and for all the Almohad threat to Christian Spain. Immediately after the battle, Alfonso, overcome with joy, sent the caliph Miramamolin’s standard and tent, with a detailed account of the crusade to the Pope. He wrote:

‘On their side 100,000 armed men or more fell in the battle, according to the estimate of the Saracens whom we captured. But of the army of the Lord … incredible though it may be, unless it be a miracle, hardly 25 or 30 Christians of our whole army fell. O what happiness! O what thanksgiving! Though one may lament that so few martyrs from such a great army went to Christ in martyrdom’

Let me mention a few more July events that concerned Henry the Young King and his family.

12 July 1198
Henry the Young King’s nephew, Otto of Brunswick, Henry the Lion and Matilda’s son was crowned king at Aachen by Adolf, Archbishop of Cologne. To learn more about this extraordinary man I highly recommend brilliant post by my friend Gabriele.

13 July 1174
William I of Scotland, Henry the Young King’s chief supporter in the Great Rebellion was captured by Henry II’s forces before the walls of Alnwick. In a far-away Gravelines, Flanders, waiting for a weather to change and for the propitious winds to take him across the Channel, Henry the Young King did not know that with the capture of his chief ally the rebellion against his father in England had been already doomed.

22 July 1170
As a result of the cooperation of the pope and the king of France, Henry II and Thomas Becket finally came to terms, with the former willing to grant all that was demanded of him in order to avoid his continental domains being laid under interdict. The reconciliation took place on 22 July 1170 at Freteval. Thomas Becket was promised a safe passage to England and return to Canterbury. As the time would show the peace settled between them was not to last.

22 July 1174
Together with Philip, Count of Flanders and his father-in-law, king Louis of France Henry the Young King launched the first attack on the city of Rouen in the course of the Great Revolt and laid siege to it. Their attacks on the well-fortified city proved fruitless and they withdrew upon learning of Henry II’s arrival in mid-August.

24 July 1148
Louis VII of France, Henry the Young King’s future father-in-law, at the time still husband to Henry’s mother Eleanor of Aquitaine, lay siege to Damascus during the Second Crusade.