19 April 1164: as Professor Matthew Strickland points out in his "On the Instruction of  a Prince", in all probability the nine-year-old Henry [the future Young King] was present at the consecration of Reading Abbey, which housed the "glorious mausoleum” of its founder, Henry's paternal great-grandfather, Henry I (Herbert of Bosham). Most importantly for the prince it was where his elder brother William (1153-1156) was buried at the feet of Henry I. The consecration ceremony was performed by the Archbishop Thomas Becket in the presence of Henry's father and the bishops and nobles of the realm. Nineteen years later, c. 17 April 1183,  Henry, desperately in need of money to pay off his mercenaries in the war he was waging against his brother Richard, was to plunder the shrine of Saint Martial, Limoges. Thanks to Bernard Itier (1163-1225), the librerian of the monastery and author of a chronicle and invaluable historical notes, we know that the Young King and his men " took from our treasury 52 marks of gold, 103 of silver, the altar frontal of gold from the altar of the sepulchre, the altar frontal of gold from the altar of the Holy Saviour, a golden chalice, a vase of silver, the cross from the altar of St Peter with half of the coffer in which it was kept, the reliquary of St Austriclianian, the cross of Bernard the hosteler." 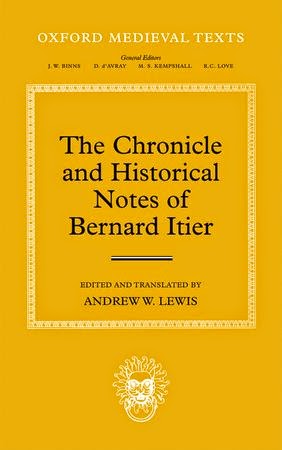 Bernard added that "The king, however, solemnly promsied that he would return it all and gave a charter, validated by his seal  Moreover, the value of the goldsmith's artistry and of the gold that was used in the gilding of the silver was not computed. " After paying for his men Henry went to assist Aimar Taillafer of Angouleme, one of his allies. We know that On 23 May, together with his knights and mercenaries, he seized control of Richard’s castle at Aixe, hollow victory since the Duke and his soldiers had already abandoned the keep. Three days later, on 26 May in Caen, the archbishop of Canterbury and the bishops of Bayeux, Evreux, Lisieux, Sees and Rochester, acting on Henry II’s orders, excommunicated all who “impeded the making of peace between the king and his sons”. All with the exception of the Young King. Henry could not have known that. He was in the town of Uzerche, suffering from- as it may seem- the first bout of illness which was to kill him seventeen days later. Over to Bernard Itier again: "on the feast of St Barnabas the Apostle, the king died at Martel on Saturday of the great week of Pentecost.  In fact, it was the tenth hour when his departure, that is his death, approached.   From his heart, he implored the mercy of God. He prayed for the aid of the Virgin Mary and of all the saints. He humbly begged St Martial of the Apostle, above others--because of the affront to whom he was being mortally afflicted--to come to his aid, and thus he sent forth his soul."

A few words about Bernard Itier and his chronicle here.