As we know, in the spring of 1183 Henry the Young King was leading military campaign against his younger brother Richard [later Lionheart] and his father, Henry II, treading the path that was to be his last. On 26 May he was in the town of Uzerche, suffering from - as it may seem - the first bout of illness which was to kill him seventeen days later. He quickly came to himself, though, and joined forces with Hugh of Burgundy and Raymond V of Tolouse, his much-awaited allies. He could not have known that at the same time, far in the north, at Caen, the archbishop of Canterbury and the bishops of Bayeux, Evreux, Lisieux, Sees and Rochester, acting on his father’s orders, excommunicated all who “impeded the making of peace between the king and his sons”. All with the exception of the Young King. Although Henry himself avoided the severe punishment, he must have been in a poor mental and physical condition, as we can read in between the lines of Roger of Hoveden's account. 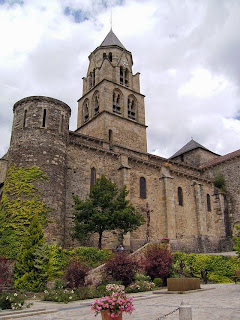 Abbey church of St Peter and St Andrew at Uzerche (photo by Sjwells53, via Wikipedia)

Currently I am working on a longer post about Henry and his brother Geoffrey of Brittany's actions taken in the course of the afore-mentioned 1183 campaign. I am following the two of them into this terra indomita, Aquitaine, analysing their moves, step by step. I hope the post will be ready for the 7th of June, four days before the anniversary of Henry's untimely death. Using the occasion I would like to recommend a fascinating article by Professor John Gillingham, entitled "Events and Opinions: Norman & English Views on Aquitaine" in The World of Eleanor of Aquitaine. Literature and Society in Southern France between the Eleventh and  Thirteenth Centuries ed. by Marcus Bull and Catherine Leglu (The Boydell Press, 2005). 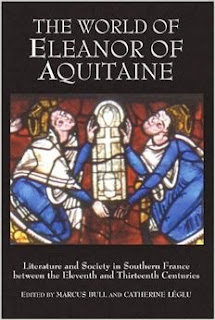 There is one more recommendation to be made (although this author's posts need no advertising). At the Mortimer Society Conference Ms Elizabeth Chadwick gave a paper she is now sharing on her blog. The complex relationship between William Marshal and Henry's youngest brother King John is discussed in detail in it. Fascinating read. Henry and John's relationship is mentioned as well, so it is really worth reading.