Henry/Richard post I am currently working on is getting longer and longer as I often find myself straying from the main subject matter, probing into subthreads found in the primary (and secondary) sources I am working with and finding myself totally immersed in the family history. And it is quite a history, isn't it? Of course, I am staying in Henry and Richard's company all the time, but my attention is being drawn to the aspects of their lives different from the one I am discussing in my post. 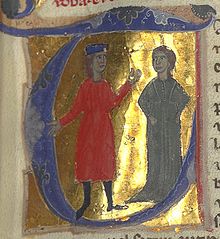 And thus I have come across this quote from Kate Norgate's England under the Angevin Kings (it has struck me that she found Henry such a puzzling figure, she had nothing but condemning words for him, true, but she sounded genuinely perplexed as well, which I find quite "refreshing" :)

"... one of the most puzzling figures in the history of the time ... this undutiful, rebellious son, this corruptor and betrayer of his younger brothers, this weak and faithless ally, was loved and admired by all men when he lived, and lamented by all men after he was gone..."


I am not sure why Norgate used plural when referring to younger "brother(s)". Surely she meant only Richard. I can't quite recall how and when Henry betrayed Geoffrey or John - as for the latter and the question of his inheritance which pushed the Young King to rebellion in 1173 - for only this comes to mind - I do not think we can call Henry's actions taken back then a betrayal against John.

Yet one more time I have stumbled across this worn-out "driven by jealousy of his brother Richard, who held Aquitaine in fact as well as in title, he assumed leadership of the revolt of 1183". Whatever his reasons, jealousy of his brother Richard was not the main of them - it was always the question of Henry's empty title, lack of land to rule over or a castle of his own to hold and live in, dependence on his father, the latter's restrictions and the strategy Henry II employed while dealing with his eldest son and heir, the one described in my previous post.

I hope my Henry/Richard post will be ready for Saturday. Till then, then...


PS My Henry the Young King blog has just reached 120,000 pageviews. Thank you, everyone! This wouldn't be possible without you :)