For some time questions concerning the education of Henry the Young King have been occupying my thoughts. The similar questions must have kept bothering Rotrou, Archbishop of Rouen in 1162, when he was formulating a letter of polite reproach to Henry II: ‘Although other kings are of a rude and uncultivated character, yours, which was formed by literature, is prudent in the administration of great affairs, subtle in judgments, and circumspect in counsel. Wherefore all your bishops unanimously agree that Henry, your son and heir may be the successor to your wisdom as well as to your kingdom’.

The Archbishop was growing more and more anxious. Only recently had his venerable head been filled with the images of the approaching disaster. He could not tell why, all of a sudden, the words of Fulk the Good crossed his mind and kept ringing in his ears ‘An unlettered king is a crowned ass’! Was this what loomed ahead the king’s eldest son and heir, Henry? The prince was seven years old and already a married man, still he lived with his mother. Something quite unthinkable, not to say shocking by the twelfth century standards. The fact that Henry had had a magister assigned to him already at the tender age of one did not help to disperse the gloomy thoughts.

Henry’s first tutor was a Master Mainard, and although ‘the best recorded arrangements for providing boys with tutors in the Middle Ages relate to the eldest son of the king’, not much is known about the man. Not much except for the fact that the princeling had been placed in his charge in 1156 and remained in it for at least three years, and that to cover his expenses, Mainard received £6 annually from the vill of . What were the Master’s duties? We can safely assume that he probably supervised most aspects of his young ward’s life, starting with what to wear, how to behave, and how to speak. There were other experts around to lend a helping hand in case the Master himself did not know how to teach some of the noble accomplishments. The records before the fifteenth century usually remain silent about the grammar masters, the office which officially developed in 1422 when Henry V assigned Thomas Beaufort, duke of to take care of his son and heir, future Henry VI’s education. We do not know whether it was Mainard who taught the young Henry to read and understand Latin. The title ‘master’ indicates that he was both a guardian and a teacher, but perhaps the task was conferred upon one of the prince’s later pedagogues. 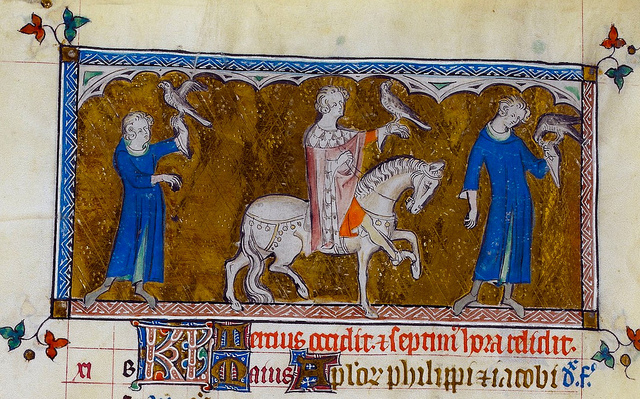 Was Mainard as faithful and staunch as Othuer/Othoel, pedagogus of Henry I’s son, William Adelin turned out to be? I am afraid that it would remain yet another mystery to remain unsolved. After all our Henry never found himself in a danger similar to the White Ship disaster and Mainard did not have to ‘throw his arms round his young ward and perish with him in the water’, like Othuer/Othoel actually did ‘on the sixth day before the calends of December, being the fifth day of the week, at nightfall, near Barbeflet’ [Harfleur] in 1120. One thing we can be sure of, though, is that the magister did not stay with Henry until his late teens like William Adelin’s tutor did. Although he might have still been with him in 1162, when indignant Rotrou chose to express all Henry II’s bishops’ concern. Either Rotrou’s letter bore fruit or, which I find more probable, Henry II simply followed his family tradition of a good education and consequently had his golden boy placed in the household of his chancellor and friend, Thomas Becket. The king was not the first to choose Becket as his son’s tutor. As William fitz Stephen noted:

‘Magnates of the and of neighbouring kingdoms placed their children in the chancellor’s service, and he grounded them in honest education and doctrine… The king himself, his lord, commended his son, the heir to the kingdom, to his training, and the chancellor kept him with him among the many nobles’ sons of similar age, and their appropriate attendants, masters and servants according to rank.’

At the behest of the king Becket took his young ward across the to in early May 1162. He was to call the Great Council in the king’s name and prepare the prince for his recognition by the bishops and magnates of the realm. It was there, at , where young Henry was presented with the petition that his freshly-assigned tutor should be appointed as archbishop and asked to give a formal consent to it. On 3 June he witnessed Becket’s consecration at . What he must have witnessed too was his tutor’s almost day-to-day transformation from the worldly chancellor ‘best known for his excellent table, his lavish household and his plumaged wardrobe’ into a monk exercising both his flesh and soul. With ‘a hairshirt of the roughest kind, which reached to his knees and swarmed with vermin’ and with the mortification ‘of his flesh with the sparest diet’ came other changes in the former chancellor. Thomas Becket ‘so utterly abandoned the world’ and consequently his king that the inevitable conflict loomed ahead. The Archbishop chose to oppose young Henry’s father in all matters, both of lesser and crucial importance. To show his ever-growing displeasure towards his former chancellor and friend, Henry II had his son removed from Becket’s household. Young Henry could see for himself as the conflict reached its climax in January 1163, when one month shy of his eighth birthday, he was presiding, along with his father, over the council at Clarendon. For him the short time spent in Becket’s tutelage (c. May 1162- October 1163) proved to be enough to be left with head full of visions of splendor and grandeur, visions quite different from those nourished by his father, the king. Those who regard and regarded the Young King as a ‘charming, vain, idle spendthrift’ should look for the origins of his taste for glamour, luxury and greatness underneath the roof of his tutor, Thomas Becket. As Professor Matthew Strickland points out ‘the experience must have made a profound impression upon the boy’, and not only the splendor of the household itself or the chancellor’s worldly ways, but also Becket’s own aspiring to perform a model knightly prowess and valor. Young Henry, aged four, had seen Becket leaving at the head of seven hundred knights in the course of Henry II’s Toulouse Campaign, in 1159. While accompanying the chancellor to in 1161, he may have witnessed the latter defeat the French knight Enguerrand de Trie in single combat. Finally, being Becket’s ward he had a chance- being at the time a wide-eyed boy of seven- to admire his tutor’s military household and see for himself, the chancellor’s knights ‘in all the army of the king of England… always first, always the most daring, always performed excellently’. Henry’s later displays of largesse and greatness, his prowess on the tournament field, his own splendid household may all be a consequence of his stay in Becket’s tutelage.

Young Henry was removed from Becket’s household in October 1163 and very little is known about his education in the following years, safe the fact that in 1164 he had a new ‘magister’, William fitz John. A royal familiaris and royal justice, fitz John was a ‘itinerant justice’, formerly occupied with ‘hearing pleas in and eight shires in the south-west between 1158 and . His task was to instruct the prince in the mechanisms of the judicial and financial systems of the kingdom. Still, with all probability ‘the code of chivalry weighted more heavily’ with young Henry ‘than did the classics’ for in 1167/68 Rotrou had another letter penned in which he warned the king that his son spent too much time on martial sports and too little on the liberal arts.
Except for William fitz John, William of Canterbury enumerated  William de St John, William fitz Audelin, Hugh de Gundeville and Ranulph fitz Stephen as young Henry’s tutores, with St John being most frequent witness to the prince’s writs in the time when young Henry was a regent from June 1170 until late 1172.

The year 1170 marked the beginning of a new era in young Henry’s life. The era when one man was to be omnipresent from the very beginning to the very end. That year not only did Henry become a co-king of , co-duke of and co-count of , but he was also settled with a household of his own and met his new tutor in arms. There would be no Henry the Young King as we know him today without his lifelong friend and companion, William Marshal. There would be no William Marshal, ‘the best knight’ without his young lord and ‘flower of all chivalry’, Henry II’s eldest son.  But that’s another chapter of the story.

From Childhood to Chivalry. The Education of the English Kings and Aristocracy, 1066-1530 by Nicholas Orme

“On the Instruction of a Prince: the Upbringing of Henry, the Young King” by Matthew Strickland in Henry II: New Interpretations. Ed. Christopher Harper-Bill and Nicholas Vincent

William Marshal. Knight-Errant, Baron, and Regent of by Sidney Painter

Eleanor of by Marion Meade