Charming, vain, idle spendthrift, this is how W.L.Warren in his biography of Henry's father, describes the Young King. Shallow, careless, empty headed, incompetent, irresponsible, etc., he continues in a similar vein. Why do I get the impression that Mr Warren judges the book by a cover? The accusations are flying around, but no one cares to determine whether they have a base in solid evidence. Funnily enough, they have given me food for thought and inspired to take a closer look at the primary sources available. Step by step, my research has led me to the following conclusions.

Undoubtly Henry was charming. Even those hostile grudgingly admit that his charm was his most formidable weapon. Gerald of Wales, usually at his malicious best when wrting about Henry's family, marvelled at how people flocked to the young Henry's side "one thing appeares almost miraculous, namely, that almost all the world attached themselves to a man who was totally without resources, either in money or territory.” He was praised for 'most pleasing manners' (Robert of Torigni), but also as the one 'gracious to all', 'amiable to all' and 'incapable of making an enemy' (Gervase of Tilbury). Moreover, the author of the History of William Marshal referred to Henry as a worthy, fine, well-spoken and courtly man, 'courteous and cheerful'. Similarly Bertran de Born, the famous belicose troubadour praised him for 'fair conversation”. Walter Map, despite his harsh (albeit flowery) criticism, admitted that the Young King possessed rhetorical skill and excelled himself at courtly discourse, the important aspect of kingship. As Professor Crouch put it: "Stories of Young Henry's wit and playful humour circulated widely in the twelfth century” (Tournament, p.26). Apart from the conventional praises the following words by the author of the History ring true: "But if God please, the young king Henry will restore fun, laughter and joy to the world. Much telling remark by the author of the History. Fun, laughter and joy.... Are they not atributes of a charming young man? 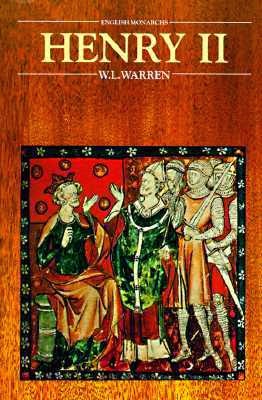 We can only guess whether Henry was vain or not. Blessed with good looks, crowned king in his father's lifetime and destined to rule over the greatest empire since Charlemagne, he might have shown some signs of vanity. However, it is mere speculation. The basic definion of the word is: "conceited, especially about one's appearance” and this, after so many centuries, cannot be proved. I received impression that for the author it was only natural to use the pejorative term to describe someone good looking and charming. That Henry was good looking we can be certain of. In this aspect the Young King's contemoporaries seem to be unanimous and offer us sufficient proof:

"He was tall in stature, and distinguished in appearance... Fair among children of men” from Otia Imperialia by Gervase of Tilbury, Henry's former chaplain, written in the early 13th century for Henry's nephew, Otto of Brunswick, Holy Roman Emperor (1175-1218).

"Of his beauty, of his largesse, of his goodness, of his prowess, you could say much” and "King Henry the young was acclaimed king who was so handsome and brave and a noble young man”. From The Becket Leaves, written by the anonymous author (one of the candidates is Matthew Paris) in the 13th century (http://www.angelfire.com/pa4/becketleaves/becketleaveseng6.html).

"They [Henry and Richard] were both tall in stature, rather above the middle size. And of commanding aspect”. From The Topography of Ireland (On Henry II and his sons), written by Gerald of Wales c.1188.

".. the attractive  tinder of villainy, a lovely place of sin…” From De nugis curialium by Walter Map

Tall, distinguished in appearance, fair (meaning either with light-coloured hair or skin or simply beautiful), beautiful, handsome, attractive, lovely... Yes, Henry WAS good looking, but does this make him vain?

It seems that the source of Henry's poshumous problems in this field might have been the harsh criticism of the modern historians, especially Kate Norgate, who formed the following judgement: "Not one deed is recorded of him save deeds of the meanest ingratitiude, selfishness, cowardiness and treachery.” Merciless, isn't it ? But perhaps the author was just paraphrasing the words of Walter Map, who wrote "Truly, he left nothing unprobed, no stone unturned; he befouled the whole world with his treasons, a prodigy of unfaith and prodigal of ill, a limpid spring of wickedness, the originator of the heresy of traitors…”

Of course Henry could not boast of deeds similar to those performed by his younger brother Richard [later Lionheart], who enjoyed more freedom in ruling his inheritance, Aquitaine. Already in 1176, the then eighteen year old duke lead a successful campaign against his rebellious vassals, pacifying larger part of his unruly duchy, and forced the Basques and Navarrese to recognize his authority. This, however, does not mean that Henry was idle. At least he did not see it that way. Often accused of "playing at war” and participating in "mock battles”, he, as most of the young aristocrats of the 12th century, found that participating in tournaments made him a "man of account”. When he was forced to spend a year in England at his father's side, learning the bisuness of kingship, he did not try to hide his discontent. He was to say:

"It should be a source of much harm to me to stay idle for so long, and I am extremely vexed by it. I am no bird to be mewed up; a young man who does not travel around could never aspire to any worthwhile thing, and he should be regarded as of no account”

Note what the Young King takes for "idle”. Perhaps it's the matter of views and attitude of the entire generation of the young aristocracy. As Professor Crouch points out: "Everyone who was anyone in the western aritocracies took to the fields of nothern France... It [taking part in tournaments] gave him [Henry] an international eminence unsurpassed by any European prince other than his cousin, Philip of Flanders. It was an eminence raised upon the regard of other princes and the adoration of the leaders of knightly opinion: those who travelled the tournament fields of Picardy and Flanders” (Tournament, p.23)

The full scale of his popularity was properly assessed after his untimely death by Bertarn de Born in his moving planh:

"… all those, who saw you, Bretons and Irishmen, Englishmen and Normans, Aquitainians and Gascons, should be sad… And Poitou suffers, and Maine, and Tours. As far as Compiegne letFrance weep without ceasing, and Flanders from Ghent as far as Wissant. Even the Germans weep!... When theLorraines and the Brabancons go tourneying, they will mourn because they don’t see you!"

Although there were single voices admitting that tournaments arose "not from animosities but solely for training and the display of prowess” (William of Newburgh ) the Church thought otherwise and was against such military contents, in which "knights waste away their patrimony, their efforts and even their life and soul, simply out of greed for empty praise and popular reputation”** (Ralph Niger). This outlook prevailed of course and cast a shadow on Henry's life. The life too short to assess it properly, for before Henry had chance to prove himself worthy of his royal title his life was cut short in the flower of his youth

This accustaion seems to have good grounds. Even the author of the History of William Marshal admits that: "It is true that the Young King, in castle and in town, led such a lavish life that, when it came to the end of his stay, he had no idea how to take his leave. When it came to the last day, creditors would appear, men who had supplied him with horses, garments, a nd victuals. This man is owed three hundred pounds; this one a hundred and that one two hundred.”... "My lord has no cash with him, but you shall have it within a month”.*

From the above picture the young king emerges as a careless spendthrift and perennial debtor, but coming to his defence I need to point out that this paarticular trait of his character might have spring from his own conviction that "he had lost a day when he had not secured the attachement of many by various acts of liberality, and bound them to him, body and soul, by multiplied favors conferred” (Gerald of Wales). The words which the author of The History of William Marshal confirms: "his [Henry's] heart was very much set on pleasing everybody, wise and foolish alike, for such was his wont that he was incapable of refusing anything to any man". He bestowed gifts and favours on his friends and household knights, which Bertarn de Born called "noble hospitality and giving without fickle heart” rather than profligacy. Unfortunately Henry's largesse almost always esceeded his income (which came from his father's purse). Thanks to the author of the History of William Marshal we get the full scale of Henry's generosity. On the occassion of the great tournament held at Lagny-sur-Marne in November 1179 he had with him more than two hundred knights and "whoever was under his command, received twenty shilings a day for each man he had with him from the moment they left their own lands, whether they were on the move or in lodgings.” One can only marvel. According to the author of the History no later patron of the tournament was as generous as Henry and Gervase of Tiblury seconds this, lamenting that with his late lord's generosity lost "the world went begging”.

To sum up, Henry the Young King was a charming, generous spendthrift, but we do not have sufficient grounds to call him vain or idle. His tournament patronage and participating in virtually all possible knightly contests stemmed from his personal beliefs and opinions, which mirrorred the opinions and beliefs of the entire generation, rather than from idleness. Furthermore, we cannot forget that Henry'e father himself was partly responsible for Henry's lack of opportunities to prove himself in other fields. Let me quote Professor Crouch yet one more time and may his eloquence serve the Young King better than heroic, albeit strenuous efforts of his Polish scribe.

"He [Henry] was an exceptionally handsome young man, and his beauty was a part of his personal charisma. People felt instantly moved by close contact with him, in way that they did not by his plain and sarcastic father, who tended to intimidate and overawe. This instant sympathy towards Young Henry was cemented into real affection if contact turned into conversation. He was approachable, charming, and without much need to impose his social eminence on those around him. … wherever he went, counts, dukes and barons clamoured to approach him, to be of use to him, to entertain him and hope for an invitation to his table.” (Tournament, p.26).

* You may find it flippant, but every time I picture the scene in my mind's eye what I see leads me to the following conclusion: no one, not even the afore-mentioned creditors, could remain angry with their young overlord for long

** Henry's younger brother Geoffrey, Duke of Brittany (1158-1186) died tragically from the injuries he received in the tournament accident three years after Henry's untimely death. Just like his elder brother he was twenty-eight.

Otia Imperialia by Gervase of Tilbury. Fragments in “On the Instruction of a Prince: the Upbringing of Henry, the Young King” by Matthew Strickland in Henry II: New Interpretations. Ed. Christopher Harper-Bill and Nicholas Vincent. Woodbridge: Boydell Press, 2007

Chronicle of Robert of Torigni. Fragments in “On the Instruction of a Prince: the Upbringing of Henry, the Young King” by Matthew Strickland in Henry II: New Interpretations. Ed. Christopher Harper-Bill and Nicholas Vincent. Woodbridge: Boydell Press, 2007

De nugis curialium by Walter Map. Fragments in “On the Instruction of a Prince: the Upbringing of Henry, the Young King” by Matthew Strickland in Henry II: New Interpretations. Ed. Christopher Harper-Bill and Nicholas Vincent. Woodbridge: Boydell Press, 2007.

Richard the Lionheart by John Gillingham. Wiedenfeld and Nicolson, 1989.