‘[The earl of Leicester] … came with his army to a place near St Edmund’s, which is known as Fornham, situated on a piece of marshy ground, not far from the church of St Genevive. On his arrival being known, the earl, with a considerable force, and Humphrey de Bohun with three hundred knights, soldiers of the king, went forth armed for battle to meet the earl of Leicester, carrying before them the banner of St Edmund the king and martyr as their standard' (The Annals of Roger de Hoveden, p. 375) 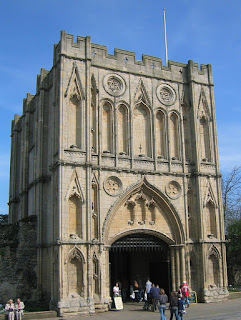 Yesterday marked the 843rd anniversary of the Battle of Fornham, one of the most decisive battles of Henry II's reign. I posted about the momentous events of 17 October 1173 a few years ago, but in the light of what Professor Strickland writes about it in his Henry the Young King biography it is hard not to mention this severe blow to Henry the Young King's cause yet one more time

Before I redirect my readers to my previous post about the battle, I would like to draw their attention to an illuminating detail I have come across while reading the biography, at least the attention of all those, who repeatedly and groundlessly accuse Henry the Young King of inability and total lack of political acumen. Fascinating how Henry the Young King and his supporters used the image of the newly canonized St Thomas, Henry's former tutor, for propaganda purposes. Earl Robert of Leicester, one of his chief allies, for instance, shortly before the disastrous battle of Fornham, had a polyphonic song, Novus miles sequitur, composed to show how St Thomas supported the young king's cause. The song stressed Thomas' role as a "new soldier" of "the new king","spiritual soldier to the clergy and people" and guide of Leicester's clerics and knights, who was to direct them "in such a way that he [the Young King] may reign in the land, when the wars are done, with the eternal king". It also indicated that, with God's and St Thomas' blessing, replacing the old king with his son may herald a new era, new beginning, which - as Thomas' death and martyrdom "healed the wounds of a palsied world" - was going to  "renew the world". However, Earl Robert and his companions soon learned that invoking St Thomas was of no help and "... at Fornham it was St Edmund, king and martyr, who had punished those who dared to ravage his lands" (Strickland, p. 177), just as he had punished King Stephen's son Eustace in 1153 for much the same reasons, the memory of the latter's sudden death still vivid in 1173. 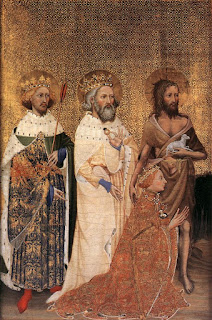 ‘I have been concerned here to record what I know from personal experience of the events that took place in St Edmund’s church in my time, describing the bad deeds as well as the good, to provide both warning and example. I begin in the year in which the Flemings were taken prisoner outside the town…’ With these words Jocelin of Brakelond begins his Chronicle of the Abbey of Bury St Edmunds and adds that 1173 was the year when he himself entered the monastery. Jocelin must have known every detail of the battle that was fought at nearby Fornham St. Genevive on 17 October 1173, the first serious defeat of Henry the Young King’s forces on English soil in the rebellion against his father, and probably, as John D. Hosler points out ‘the most decisive battle’ in Henry II’s reign....
View original post here.