I am happy to announce that recently Henry the Young King has found one more safe haven. He is going to share it with his namesakes, other Henrys, coming from different parts of Europe. Bearing in mind his proverbial charm he should make friends easily (of course if not tourneying, he is going to spend most of his time here - as he always does). You are going to find him here, on Henryków Blog. "Henryków" means "belonging to Henrys". As it happens, it is also the name of a small town, where one of the oldest Cistercian houses in western Poland had been founded by Duke Henryk Pobożny [Henry the Pious] in 1222, with the first abbot also named Henryk. It was in Henryków where the invaluable collection of documents was kept with the very first sentence in Polish recorded (as we know the books were written in Latin then). The collection is known as Księga Henrykowska [the Book of Henryków] and can be seen in the Archidiocesan Museum of Wrocław today. 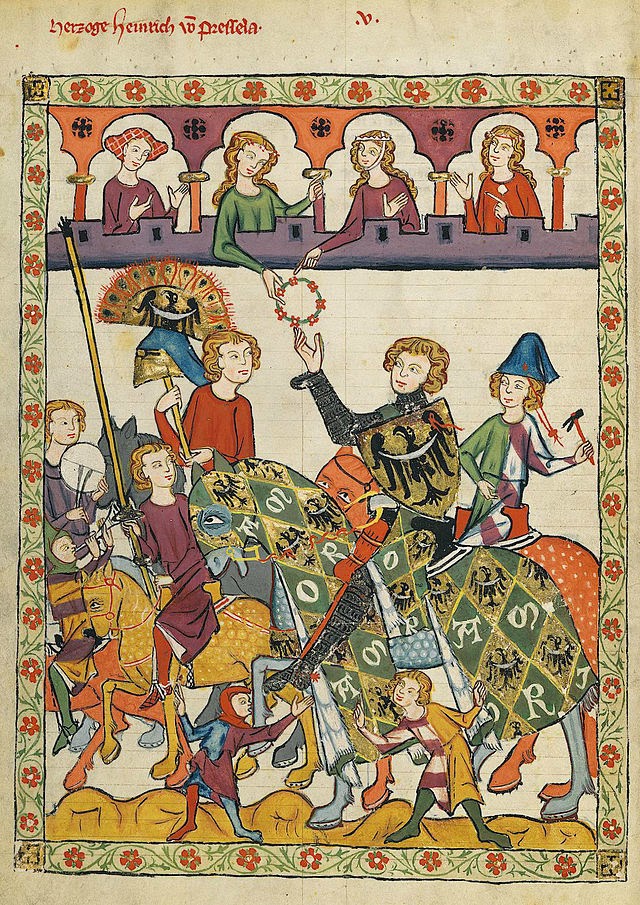 Duke of Wrocław, Henryk IV Probus [the Righteous] as the winner of the tournament, image from Codex Manesse (source: Wikipedia)

Henryków Blog is going to house the apartments of Polish, English, French and German kings, dukes and counts named Henry. Feel free to drop by and pay a visit to them. To do this you will have to use the Google translator, though, so the contents may seem a little bit "clumsy" to you (as always with such devices).

PS Personal request: Please do read this post again and help Henry free himself from Mr Warren's groundless accusations (at least some of them).