13 July marked the anniversary of William the Lion's capture at Alnwick, one of the most decesive moments of the Great Revolt of 1173-74. In this "pitiless war" the king of Scotland supported Henry the Young King against his father, Henry II of England and was one of his chief allies. Today we would like to focus on the major written source dealing with the conflict which tore Henry II's family apart, Chronicle of Jordan Fantosme. A poem of over two thousand lines, Fantosme's masterpiece ranks among the most important literary works of the 12th-century Europe. It is preserved in two MSS, one at Durham, the other at Lincoln. Written in Anglo-Norman it implies that the author himself was an Anglo-Norman. 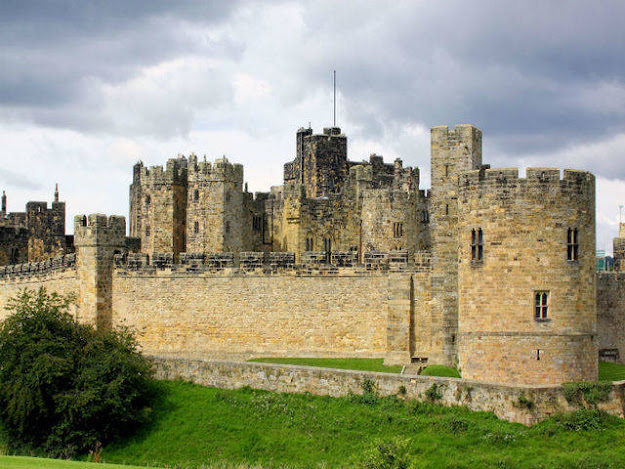 
...the king of Scotland was brave, wonderful and bold,

Before Alnwick he stood unarmed…

The portrayal of the capture of William the Lion outside Alnwick Castle in the early morning of 13 July 1174 is one of the most memorable parts of Jordan Fantosme's account. Thanks to its vivdness and attention to detail, the reader gets the impression as if he or she were there and witness the Scottish king brave, but desperate fight and final humiliation. Who was the man behind this superb craftsmanship?

The experts still argue about his true identity. A highly competent and talented story-teller Fantosme remains an enigma. Five times in the Chronicle occurs the name taken for the name of its author, Fantosme. Twice accompanied by Jordan. The Latin equivalent of the name "Jordanus Fantasma" has been found in three sets of circumstances. Following the experts (Macdonald and Legge as quoted in R.C.Johnston's Introduction to his translation) these are:

"1. A favourite pupil of the philosopher Gilbert de la Porree is named Jordanus Fantasma and figures in a minature in the twelfth century Saint Amand copy of his master's commentary on Boethius

2. One of the clerks of the bishop of Winchester was called Jordanus Fantasma and is mentioned several times between about 1150 and 1180.

3. An early thirteenth-century manuscript contains a Latin poem on the reasons for the incarnation and death of Christ. It is entitled Rithmus Jordanis Fantasmatis." 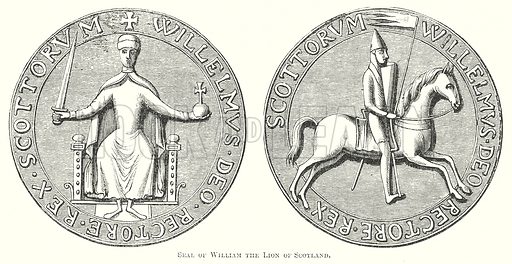 According to the experts Jordan must have composed his poem in 1175 or even at the end of 1174. What do they base their assumption on? Nothing in the account shows the author's knowledge of anything that happened after the end of 1174. As simple as that. Many of the events the author must have been an eyewitness to, with the main focus on the fighting in Northumberland. Fantosme shows remarkable knowledge of the Scottish side of the story. The skirmish outside Alnwick is reported in such a manner that we are ceratin Jordan himself must have been there and witnessed the dramatic scene. He himself claimed so. Jordan knew many important personages, but sometimes refrained from mentioning their names. This is, for example. what he wrote about a baron, the acquintance of his who, however, sieded with the Scots:

Hear how the king of Scotland waged his war (…) He equipped a large body of horsemen that night and sent them off at once to Bamburgh castle. I am well acquainted with the baron who took them there as their leader; I shall refrain from naming him, becauae his reputation suffered there…

In Henry the Young King 1155-1183 Professor Matthew Strickland describes Fantosme as a cleric, teacher and poet, with all probabilty a member of the royal or baronial court, possibly a clerk of the bishop of Winchester, which leads us to Richard of Ilchester, relative of Gilbert Foliot and a leading royal clerk under Henry II. He was elected to the bishopric of Winchester in 1173 as a successor of Henry of Blois. The latter had established links with Durham. Winchester and Durham were both Benedictine communities and the bishop of Durham was benevolently neutral to the Scots. As R.C. Johnston points out, Richard of Ilchester went on Richard de Lucy's behalf to inform Henry II of the difficult situation of his loyal barons, which he could do upon his return to Winchester. With a degree of probability Fantosme could undertake the Chronicle at his suggestion. 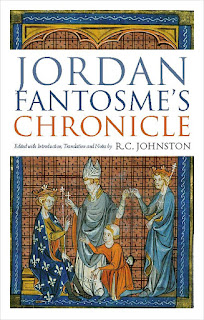 When it comes to the war of 1173-74 itself Jordan's account is of particular importance. It was composed without hindsight of the Young King's death, which meant its author expected young Henry to succeed his father, Henry II. In contrast to the usually damning chroniclers writing with knowledge of what befell the Young King Jordan displayd a political balance. He did not put all the blame on young Henry saying that "a king without a realm is at a loss for something to do: at such a loss was the noble and gracious Young King. When through his father's actions he could not do what he wished, he thought in his heart that he would stir up trouble for him…" By which he meant that Henry II was not without blame when he decided to give his eldest surviving son a royal title but no real power.

The photos below give a sample of what the Chronicle "sounds" in Anglo-Norman plus provide the translation by R.C. Johnston. 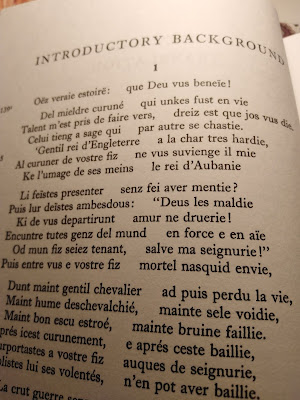