Bloggiversary or How Henry the Young King Blog Turned Two...

Today marks the second anniversary of Henry the Young King blog! Long Live the King! Even if he is not counted among England's monarchs. I started to run our household exactly two years ago, on 7 November 2012, posting about Henry at the coronation of his brother-in-law, Philippe Capet [later Auguste]. And here we are- jauntily conquering blogosphere. To celebrate the joyous occasion I have invited our friend, Ms Joan Battistuzzi, who is going to tell us about her stay in England and places related to Henry the Young King and his family. She paid a visit to York, for instance, where the Treaty of Falaise was confirmed on 10 August 1175 in a grand ceremony, with William I of Scotland paying homage to both Henry the Young King and Henry II, and to Westminster Abbey, where the first coronation of Henry the Young King took place on 14 June 1170, officiated by Roger of Pont-l'Eveque, Archbishop of York. 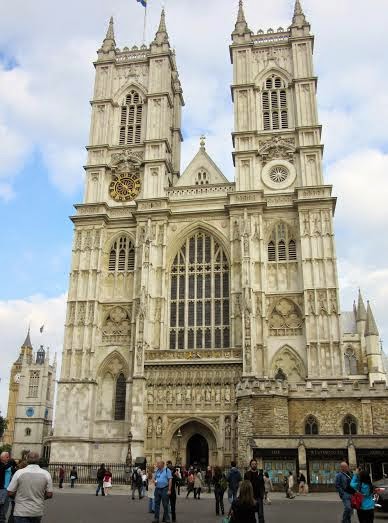 The Young King subsequently established his household in Winchester, employing William Marshal as tutor-in-arms. Over to you, Joan...

Thank you, Kasia, for inviting me to join you and Henry the Young King at his household, which, I understand, is celebrating a second anniversary!  Congratulations and best wishes for many more years of success. It's a pleasure to be here to share some of my experiences in a recent trip to England with my sisters, Linda and Pat, focussing mainly on young Henry and his family's association with the city of Winchester.

On 27 August 1172, the second coronation of Henry the Young King took place at Winchester Cathedral, along with Marguerite's first crowning. This cathedral would also see the formal crown-wearing ceremony of Richard Lionheart, younger brother of Henry in April 1194. 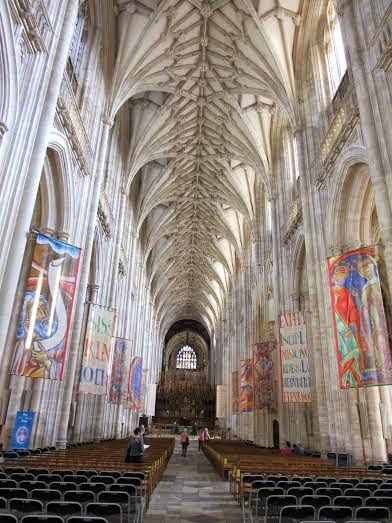 The beautiful city of Winchester is where I mostly felt the pull of history associated with Henry the Young King, his family and ancestors. Capital of the Anglo-Saxon Kingdom of Wessex under Alfred the Great, and a major royal City under medieval kings, the layers of past ages are everywhere.

The Great Hall is the only surviving part of the Royal Castle that Henry, Eleanor, and their children would have known intimately, and even it was rebuilt.....by Henry III (the young King's nephew).  Yet standing in this remarkable place, it was easy enough to conjure up family scenarios on their regular visits to the royal residence.  What those castle walls would have been privy to with that feisty family, dynamic personalities all vying for dominance!  Think of the tête-a-têtes, verbal sparring, with enough of the sarcastic Angevin wit to spice things up!  How many plans were laid & plots hatched right here!  But there would also have been laughter, certainly lots of young Henry's playful humour.  And banquets with dance, song, & poetry.  Sadly, those walls, at Henry senior's command, would also keep Eleanor prisoner for some years. 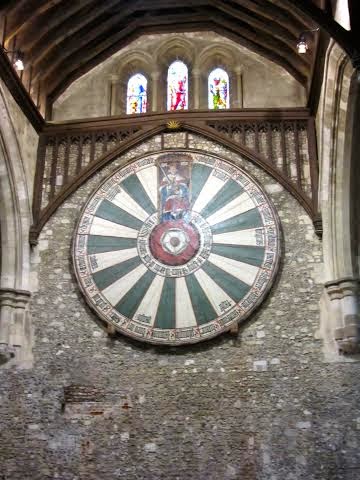 It wasn't difficult either, to envision family members entering the city onto High Street through Westgate, one of two surviving medieval gateways in the city......Kingsgate the other.  Roman and Saxon in origin, rebuilt in the 12th century, and later modified, this silent, stone witness gives the impression that it still stands guard. 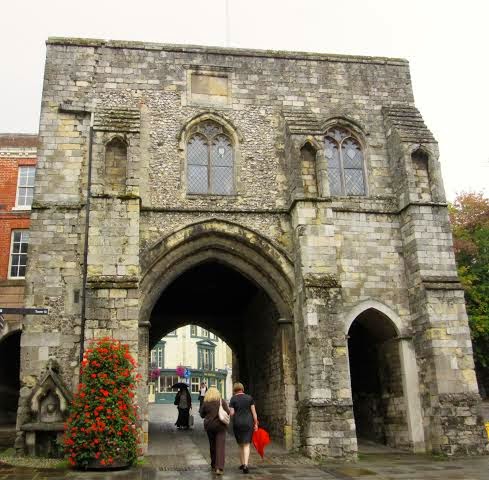 You aren't in Winchester long before other past dramatic events come to mind. I often thought of young Henry's paternal grandmother, Empress Matilda battling the forces of Stephen of Blois for her right to the crown, the Rout of Winchester in the summer of 1141, and Bishop Henry of Blois whose seemingly sole godly act was creating the Winchester Bible. Unfortunately it was closed to public viewing while we were there, disappointing as it would have been the only illuminated manuscript we'd see in England.  Another dramatic event that would change the course of history happened in the nearby New Forest in the year 1100.  The deadly arrow that may have had King William Rufus' name on it before it was released, sent the dead King's younger brother Henry galloping off to Winchester Castle to secure the Kingship & royal treasure.  William Rufus was young Henry's great-grandfather.

Back to Bishop Henry for a minute, there's a possibility he was instrumental, along with some of his considerable wealth, in founding The Hospital of St. Cross, a medieval almshouse not far from the "water meadows", that still shelters elderly gentlemen.  My sisters & I took part in the 900 year old tradition of requesting the Wayfarer's Dole from the porter.......a morsel of bread & small cup of ale is offered for a small donation (we felt generous that day & also enjoyed a great chat with the friendly porter on the coming Scottish election). 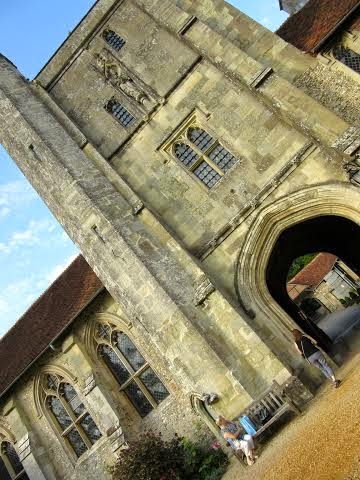 Touring glorious Winchester Cathedral was truly awesome, with the Norman Romanesque architecture of the north and south transepts juxtaposed against the soaring Perpendicular Gothic of the nave, and stained glass windows working their magic everywhere.  Here, Henry the Young King progressed up the nave (albeit somewhat altered) with Marguerite in August 1172, and brother Richard Lionheart celebrated his formal crown-wearing ceremony in April 1194. 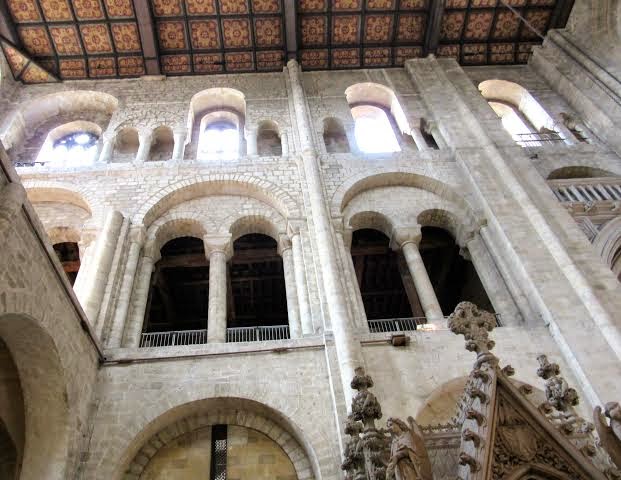 With all this splendour going on around and above, I unexpectedly got hooked on the intricate floor tiles, some areas still intact from the 12th century.  Naturally, I had to pause & wonder who all would have trod here.  My sister seemed to be caught up in the same reverie & spotted this rather mystical image. 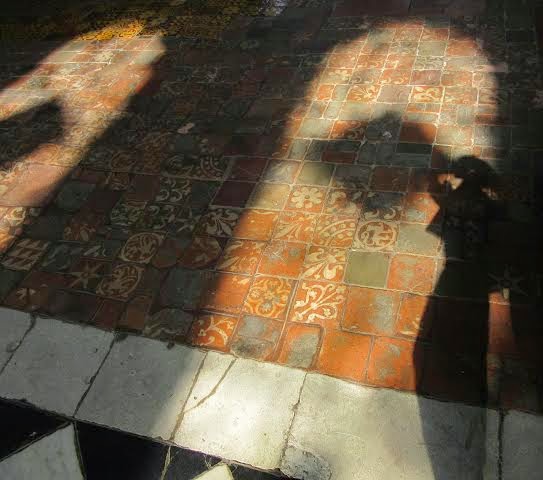 I thought I would add a few special photos: 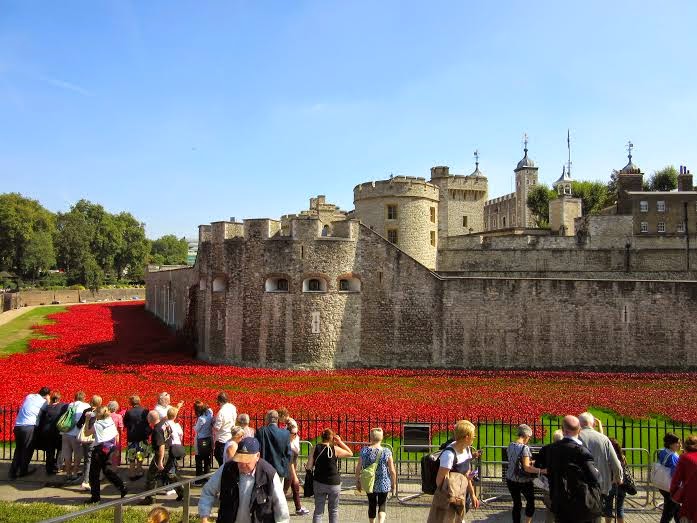 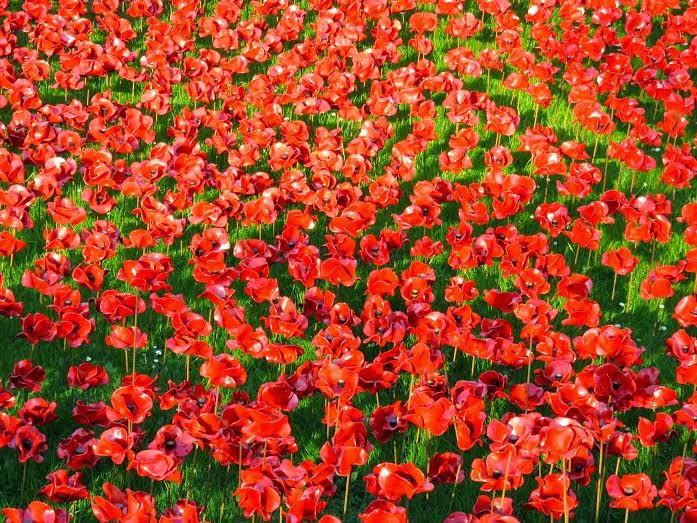 Installation of ceramic poppies for centenary of WWI, one poppy planted for each life lost 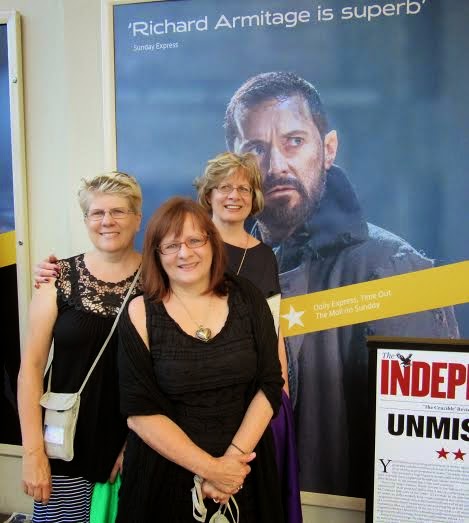 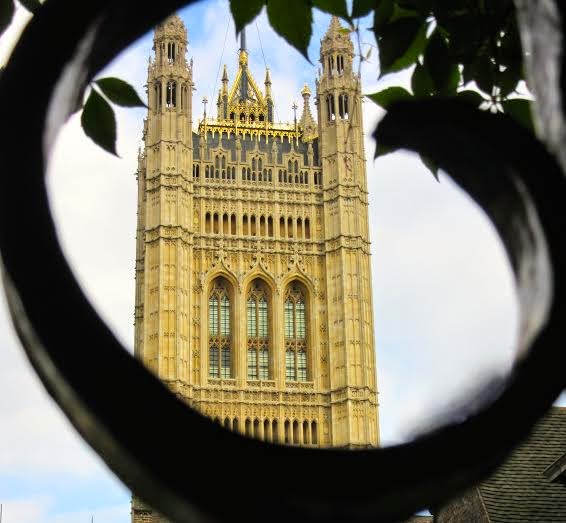 ......love this shot, looking at the Victoria Tower from the cloisters of Westminster Abbey (now I see symbolism....total fluke) 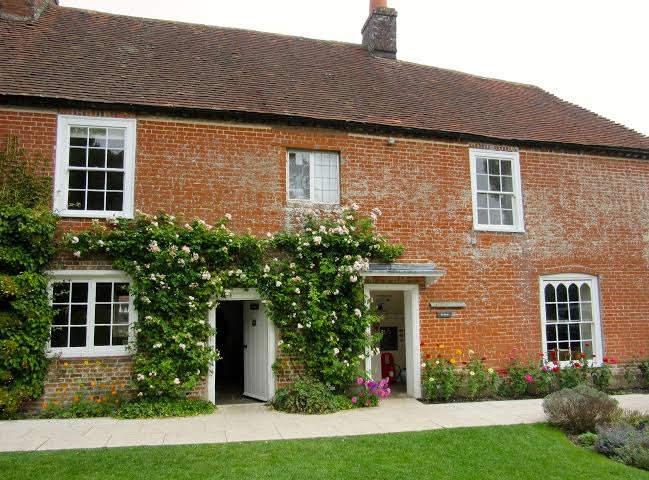 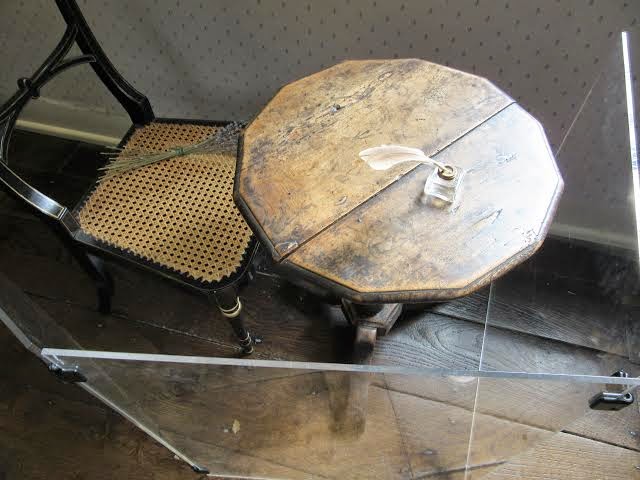 Desk where she wrote some of the novels we cherish today 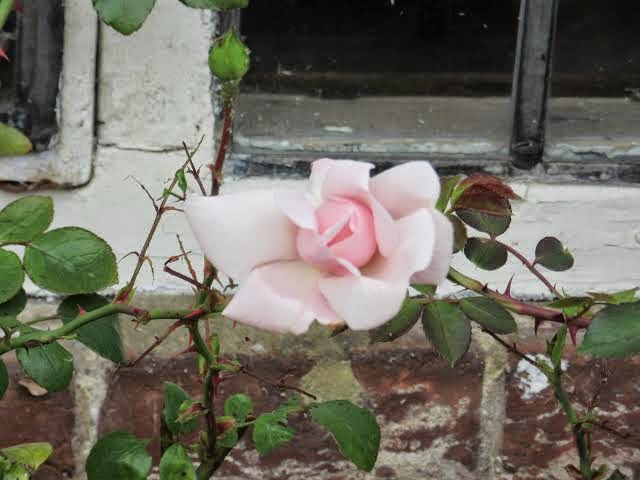 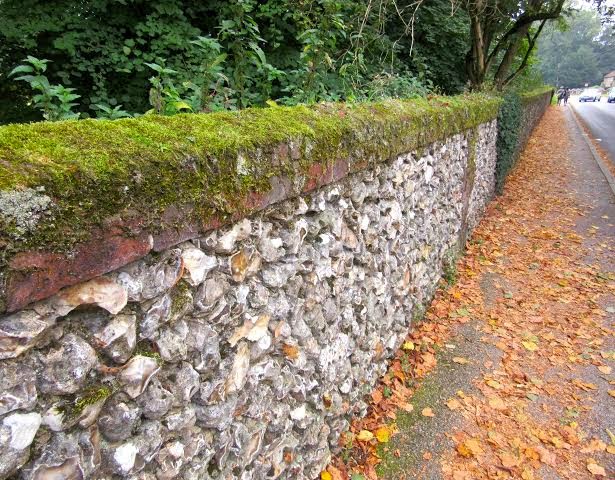 2 sisters strolling in Chawton (could be Jane & Cassandra)


Thank you so much, Joan, for accepting our invitation on this very special day and sharing your English memories with Henry's readers. We are both happy and honoured to entertain you here, in Henry the Young King's realm. I cannot imagine a better way to celebrate the joyous occasion.

Ms Joan Battistuzzi is the author of the two brilliant reviews of Ms Sharon Kay Penman's novels, Lionheart (together with Ms Stephanie Ling) and A King's Ransom. Happy reading!